As announced a month ago, the manga written and illustrated by Umi Shiina, Aono-kun ni Sawaritai kara Shinitai (I Want to Hold Aono-kun so Badly I Could Die), included an important announcement in the most recent issue of Monthly Afternoon magazine. This indicated that the work has entered its last story arc.

Umi Shiina began publishing the manga through Monthly Afternoon magazine in December 2016. Kodansha publisher published the seventh compiled volume in September 2020, followed by the eighth on May 21 in Japan. The manga is inspiring a live-action series by WOWOW, which will debut in Spring-2022 in Japan. 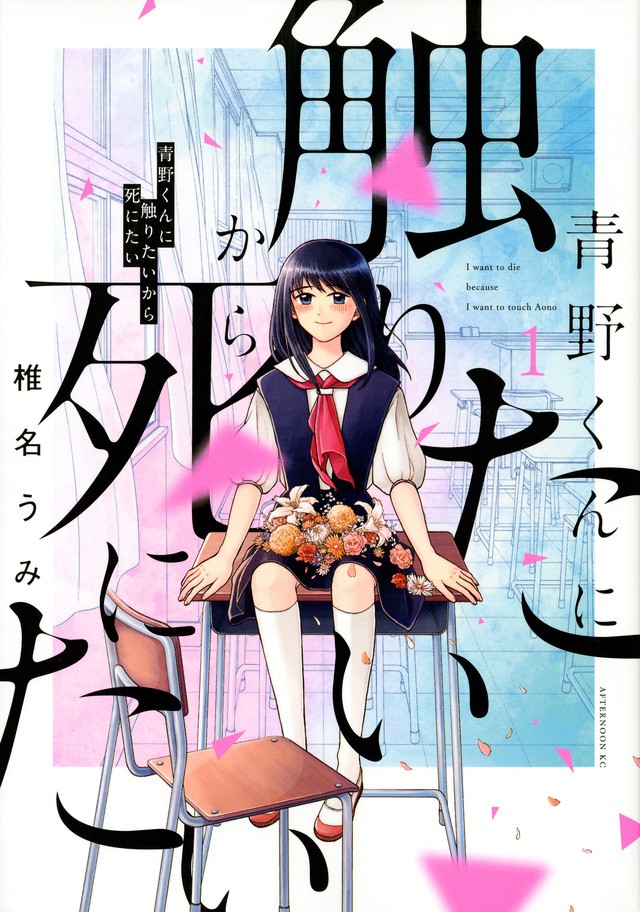 Yuuri Kariya is an airhead who falls madly in love with Ryuuhei Aono after their first meeting with her. Yuuri’s happiness knows no bounds when Aono surprisingly ends up agreeing to go out with her, and thus begins to enjoy her perfect relationship with her perfect boyfriend. Unfortunately, misfortune strikes when just two weeks after her relationship, Aono tragically dies in an accident. But is something as simple as death really enough to keep the two lovers apart? Aono-kun ni Sawaritai kara Shinitai follows the daily lives of these bride and groom, telling a moving love story of two souls that go beyond life and death.