On the official site for the three-part film project, Wave !!: Surfing Yappe !!, the production of an animated series was announced which is scheduled to premiere in Japan on January 11, 2021. The series will cover the entire history of the Film project and announcement included information on musical themes.

The eight members of the voice cast will be part of the musical unit Naminori Boys, and will perform the opening song titled “Shigeki Surfer Boy” as well as the closing song titled “One More Chance, One Ocean”.

The films of the project were released in Japanese theaters during the month of October this year (October 02, 16 and 30, respectively). For its part, the trilogy is based on a multimedia project produced by Love & Art that also includes a radio program, several CDs, a yonkoma manga (four panels) in English and Japanese, and a game for smartphones that will be released soon.

Finally, the announcement also included a promotional image for this new project. 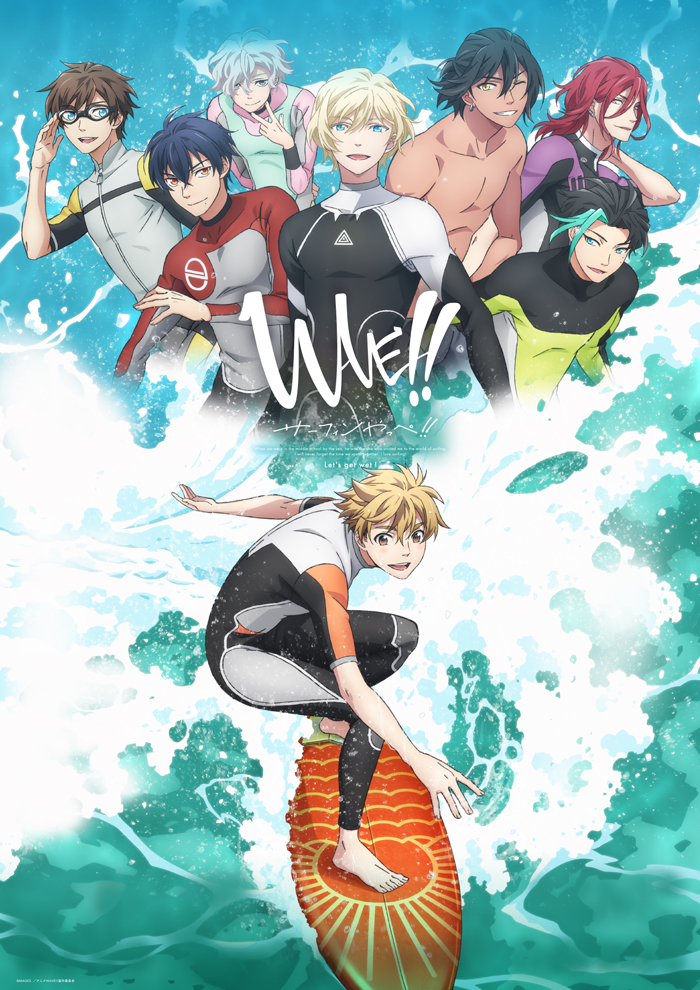 Takaharu Ozaki (Goblin Slayer) is directing the anime at Asahi Production Studios.
Kazuyuki Fudeyasu (Black Clover) is in charge of writing and supervising the scripts.
Yomi Sarachi (La storia della Arcana Famiglia, Mermaid Boys, Lostorage Incited WIXOSS) is designing the characters.
Tokowo Isawa (Hakumei and Mikochi) is adapting the character designs to animation.
Love & Art is developing the project with the supervision of the Nippon Surfing Association, Surf magazine and the cooperation of the company Murasaki Sports.

The story of the project takes place in the city of Ouarai, in Ibaraki prefecture, and centers on Masaki Hinaoka, who befriends transfer student Shou Akitsuki before summer break, and ends up hooked on surfing. Through this sport, Masaki will meet new friends, and will also drift away from them on his journey to adulthood.