On the official site for the anime adaptation of the light novels written by Kana Akatsuki and illustrated by Akiko Takase, Violet Evergarden, it was announced that those attending the screenings of the film Violet Evergarden: The Movie, will receive one of the three special novels written by Kana Akatsuki. The three novels are titled “Benedict Blue’s Violet”, “Oscar’s Little Angel” and “Violet Evergarden If” (the covers of which are shown below in that order). Akiko Takase was commissioned to do the cover illustrations for these releases. 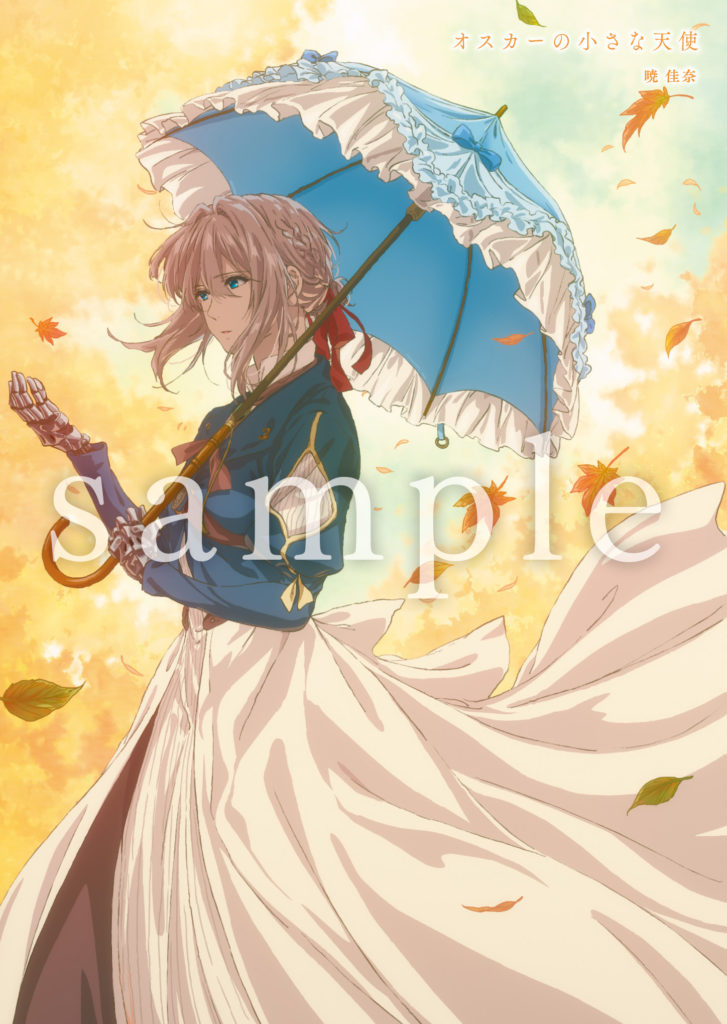 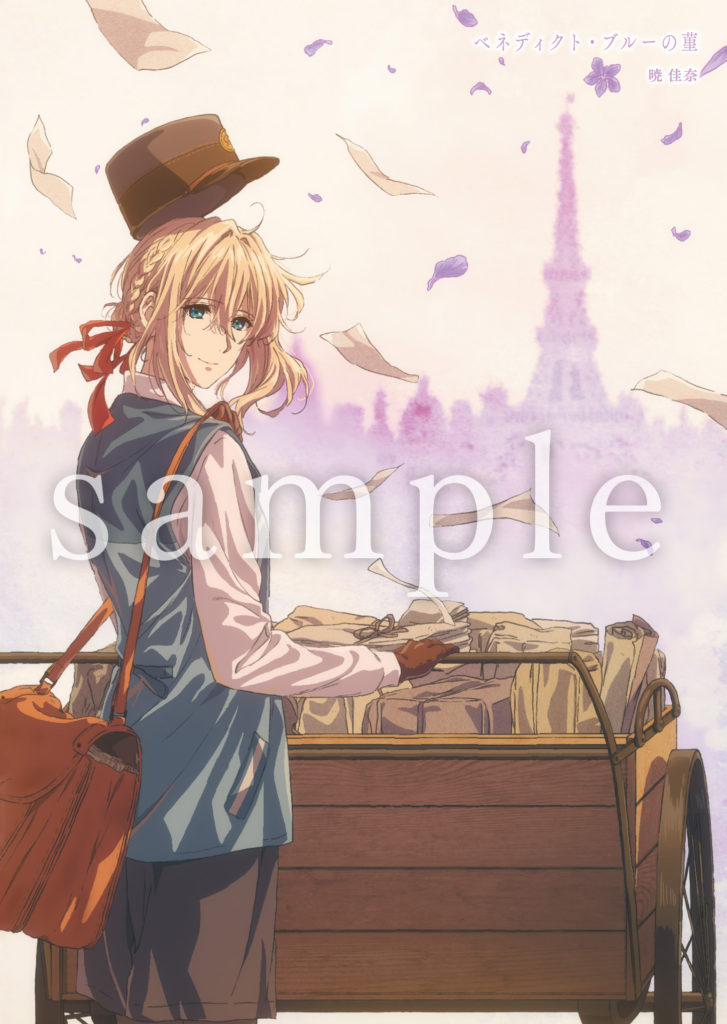 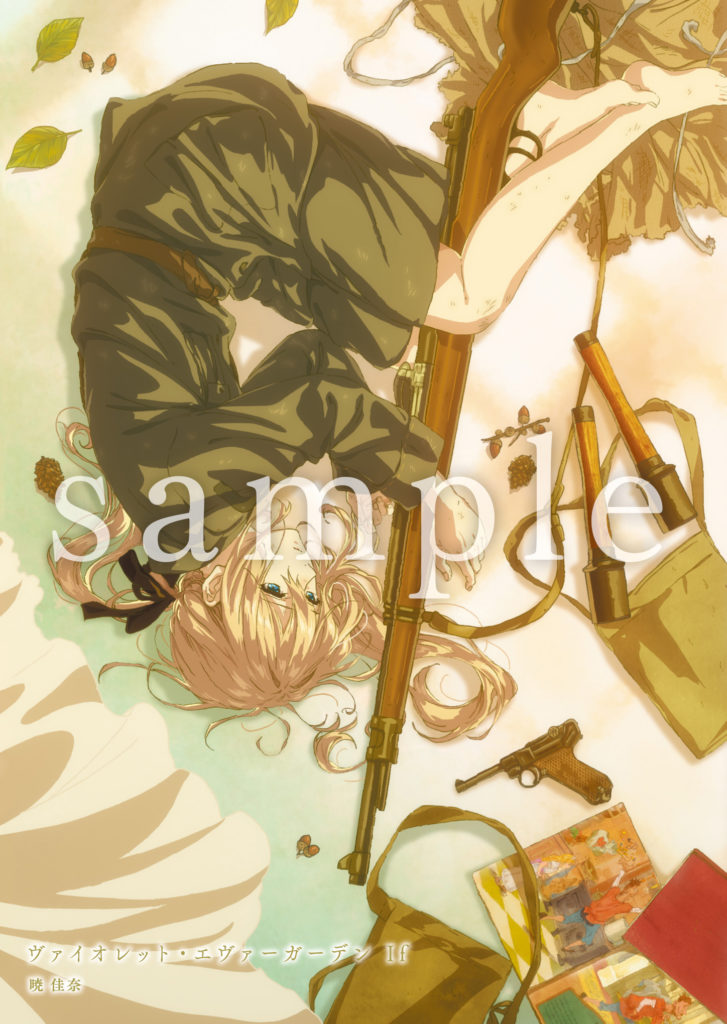 The feature film has its premiere scheduled for next September 18 in theaters in Japan, after being indefinitely delayed due to the attack on the Kyoto Animation studios and the effects of the COVID-19 pandemic on production.

Akatsuki began publishing the light novels with illustrations by Takase through the KA Esuma Bunko imprint in December 2015 in three volumes. Originally, the film was scheduled to be released in the month of January, however, due to the events that happened in the second building of Kyoto Animation during the attack in which there were human losses, the premiere had to be delayed.

The anime adaptation premiered on January 10, 2018, having a total of thirteen episodes and a special video. Netflix simulcast the series with the episodes dubbed and subtitled in multiple countries. A film with a side story titled Violet Evergarden Gaiden: Eien to Jidou Shuki Ningyou opened in Japan in September 2019.

There are words Violet heard on the battlefield that he cannot forget. These words were given to her by someone she appreciates more than anyone else. She still does not know its meaning. A certain point in time, on the continent of Telesis. The great war that divided the continent into North and South has ended after four years, and the people are welcoming a new generation.

Violet begins her journey as an Auto Memories Doll, coming face to face with people’s emotions and different forms of love. All the time looking for the meaning of those words.