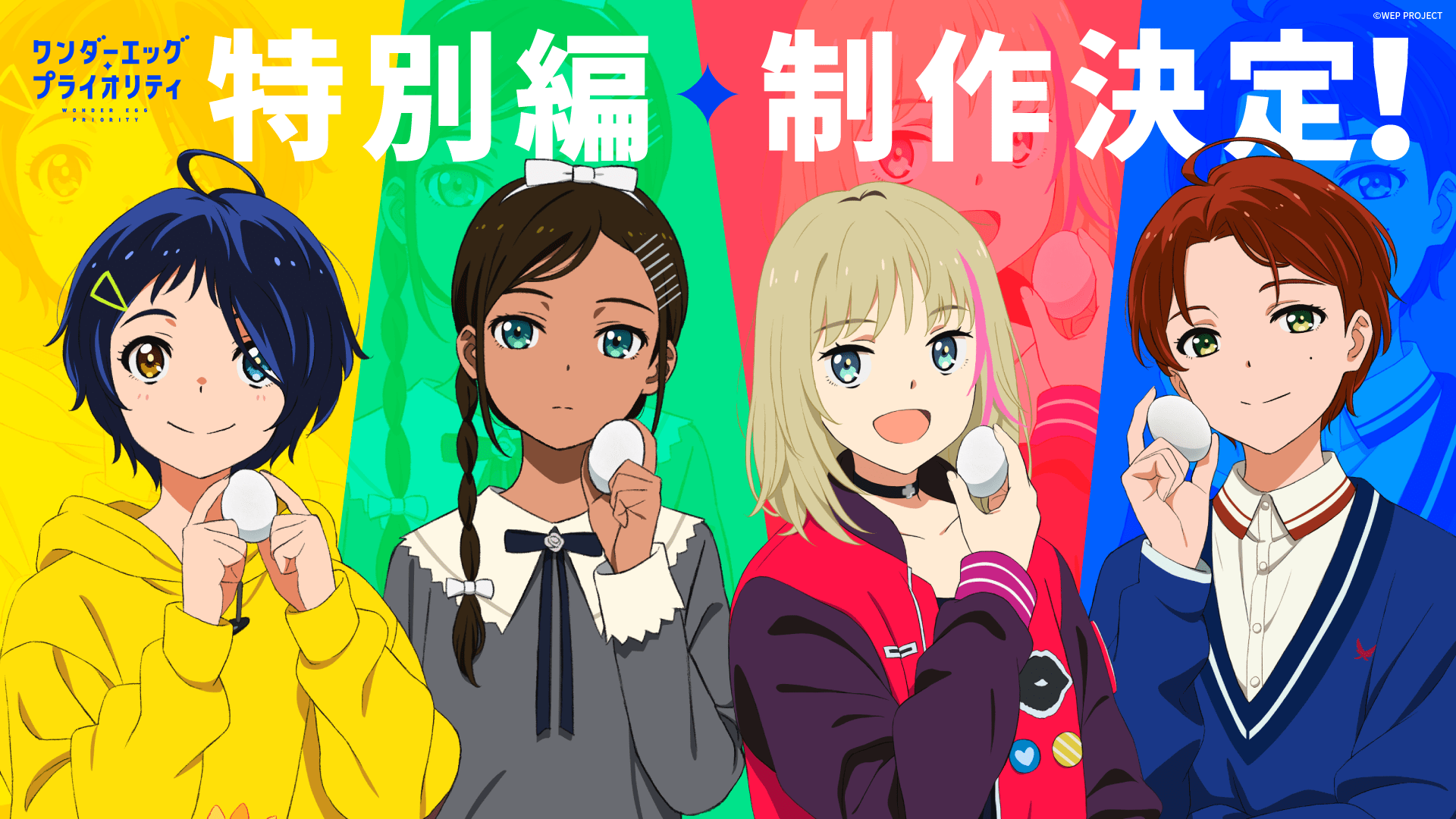 It should be noted that there are rumors that claim that the eighth episode, which was a compilation, was planned to be a regular broadcast of the story, however, production problems led to the plans having to be modified. Now they assure that this additional episode will air until June because it was the only next available broadcast block. Finally, the series premiered in Japan since last January 12 and was listed with a total of twelve episodes, with Funimation in charge of its distribution in the West.

Following the suicide of her best and only friend, Koito Nagase, Ai Ooto faces her new reality. With nothing to live for, she follows the instructions of a mysterious entity and is forced to buy an egg, or specifically, a Wonder Egg.

By breaking the egg into a world that materializes during her dream, Ai is tasked with saving people from the adversities that come their way. In doing so, she believes that she has come one step closer to saving her best friend. With this dangerous but tempting opportunity in the palms of her hands, Ai enters a place where she must recognize the relationship between other people’s demons and her own.

As past traumas, unforgettable regrets, and innate fears are born in the strange world of Wonder Egg Priority, a young woman discovers the various inner struggles that haunt humanity and rescues her from her worst fears.