On the official site for the anime adaptation of the free manga Yakunara Mug Cup Mo, it was announced that an open audition will be held to select a new voice cast member between October 2020 and January 2021. The winner will join. to the four main members already announced. 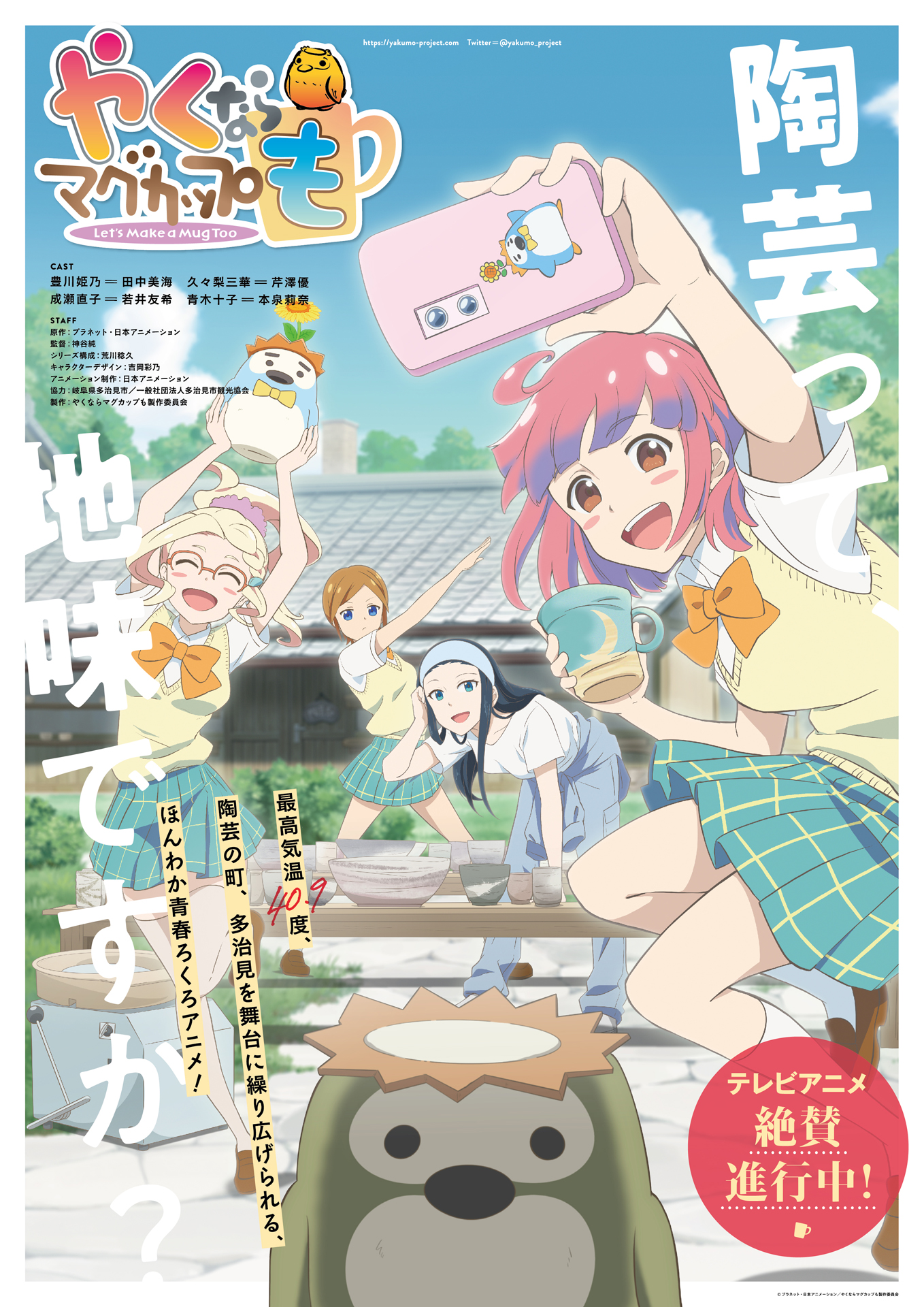 To be eligible for the audition, the applicant must be a woman living in Japan (all ages and nationalities are welcome), and must be able to prioritize recording activities over others, scheduled for January 2021. The three judges They will be Jun Kamiya (director), Naruhisa Arakawa (composition of the series) and Kenichi Tezuka (producer). The papers will be received between October 7 and November 5 of this year.

The manga is a collaboration between multiple authors, and is available for free to promote tourism in Tajimi City in Gifu Prefecture. The manga is distributed in Japanese and English languages, since February 2012 and April 2014, respectively.

Jun Kamiya is directing the anime at Nippon Animation Studios.
Naruhisa Arakawa is in charge of series composition and writing and supervision of the scripts.
Ayano Yoshioka is in charge of character design.

The story begins when a high school student girl moves to a business district in Tajimi City, Gifu Prefecture. Many encounters await you, friends, city folklore, ceramic art, and so on. What will you discover in this city popular for its excellent art in ceramics?

Mahouka Koukou no Rettousei: Raihousha-hen reveals the cover of his third Blu-ray / DVD

Mistakes in remodeling that have been a headache for many, but that you can avoid
7 hours ago

Dr. Stone: Stone Wars anime will have 11 episodes
19 hours ago