On the official site for the anime adaptation of the manga written by Ryousuke Takeuchi and illustrated by Hikaru Miyoshi, Yuukoku no Moriarty, the first promotional video of the project was published. The video reveals that the series is scheduled to premiere on October 11, as well as the musical themes, which include:

For their part, Takeuchi and Miyoshi began publishing the manga in Shueisha publisher’s Jump SQ magazine in August 2016. The manga inspired a musical that was presented in Japan in May this year. The event also announced that the manga will inspire a second musical to be presented in Tokyo and Kyoto in August 2020. A novelization of the work was published in November 2018.

Kazuya Nomura is directing the anime at Production I.G.
Tooru Ookubo is in charge of character design and animation direction.
Go Zappa and Taku Kishimoto are in charge of writing and supervising the scripts. 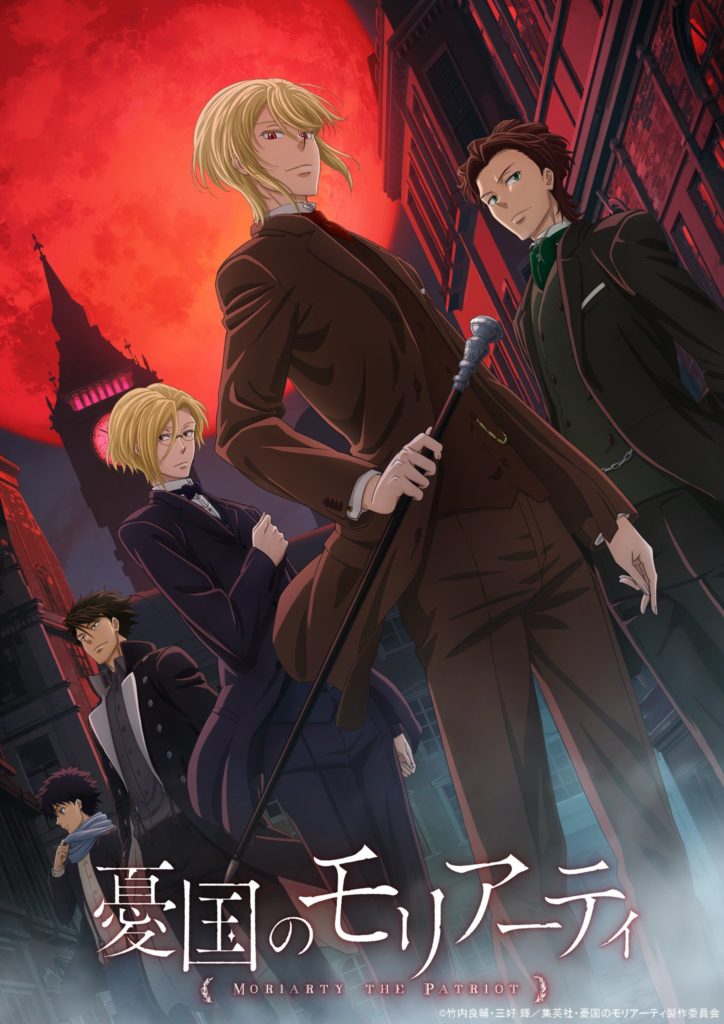 The protagonist of the story is James Moriarty, the famous antagonist from Sir Arthur Conan Doyle’s Sherlock Holmes series. In the manga, he is an orphan who assumes the name William James Moriarty when he and his younger brother are adopted into the Moriarty family. As an adult, he seeks to eliminate the evils caused by England’s strict class system.